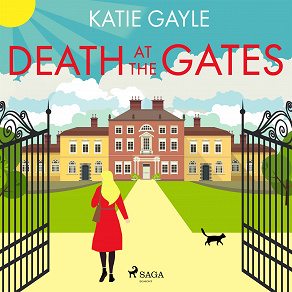 Death at the Gates

by Katie Gayle
Hurlingham House school is a high-achiever’s heaven, full of happy, hard-working pupils. There’s just the small matter of the dead body on the field... Sounds like a case for Epiphany Bloom!

When Epiphany Bloom’s best friend’s sister Claire is accused of trading exam papers for money, Epiphany agrees to see Ms Peters, the headteacher of Claire’s fiercely competitive school, to provide moral support. Claire has always been a model student and is loudly protesting her innocence: surely it’s all just a misunderstanding.

But when Ms Peters hears about Epiphany’s previous sleuthing exploits, she enlists her help to track down the true culprit!

Taking a job as a PE teacher, Epiphany soon realises she has plenty of suspects for the exam scam mastermind. The broke young teacher with a shady past? The father willing to buy his daughter anything – including grades? The school governor desperate to keep Hurlingham House at the top of the ranks?

Then Epiphany finds one of them dead at the school fair, and it becomes clear someone is taking the cut-throat culture of the school too literally – and when mysterious accidents start happening around her too, it seems the killer knows she’s onto them.

Can Epiphany solve the murder as well as clearing Claire’s name, before she becomes the next victim? This is one test she can’t afford to fail...

A charming and totally addictive cozy mystery with a hilarious and warm-hearted heroine. A must-read for fans of M.C. Beaton, Richard Osman, and Janet Evanovich’s Stephanie Plum series.

See what readers are saying about the Epiphany Bloom Mysteries:

‘Wow! I need to get my breath back after that... A lie down in a darkened room is also definitely required to recover from the whirlwind that is amateur sleuth Epiphany Bloom, a real force of nature by anyone’s standards!... Moves along at a break-neck pace.’ Fiction Books Blog

‘Katie Gayle never fails to keep me laughing, entertained, and trying to figure out the mystery till the very end. I absolutely adore this book... 10/10... This book is absolutely perfect!’ Goodreads reviewer, 5 stars

‘You’ll be hard pushed to find a fictional sleuth who’s more of a delight; she truly is a tonic...oozing quirkiness and charisma and I absolutely love her!... Undoubtedly rollicking good fun. If the need to escape reality for a few hours presents itself, I can highly recommend this hilarious hullabaloo of a read.’ NetGalley reviewer, 5 stars .

For fans of M.C. Beaton, Joanne Fluke and Janet Evanovitch

Katie Gayle is the writing partnership of best-selling South African writers, Kate Sidley and Gail Schimmel. Kate and Gail have, between them, written over ten books of various genres, but with Katie Gayle, they both make their debut in the cozy mystery genre. Both Gail and Kate live in Johannesburg, with husbands, children, dogs and cats. Unlike their sleuth Epiphany Bloom, neither of them have ever stolen a cat from the vet.
Listen to sample
Log in to borrow